Hu Jintao is the number one in China, which stands dramatically at the end of the first decade of the 21 century as a world economic giant.  In fact, he is ranked number one on the 2010 Forbes list of “The World’s Most Powerful People” -  above U.S. President Barack Obama and the Pope.  The Forbes editor describes Hu as a paramount political leader who “can divert rivers, build cities, jail dissidents and censor Internet without meddling from pesky bureaucrats and courts.”

However, eight years into his rule, Hu remains a mystery.  The Central Committee of the Chinese Communist Party has published an official biography about Hu and updates it frequently with information about his expanded responsibilities. Every week, the government-controlled media offer coverage of him meeting with heads of states or delivering jargon-filled political speeches. However, the majority of his fellow Communist Party members and citizens have no idea who he really is and where he stands.

In the past decade, writers Wen Siyong and Ren Zhichu have conducted extensive research on the Chinese president and interviewed hundreds of his former colleagues and senior Party officials.  As a result, they have unveiled a perceptive and illuminating portrait of the world’s powerful man.  In their book, “Hu’s Leading China,” the authors attempt to answer many of the questions that have intrigued the Chinese public and Western scholars for years: How did the son of a small teashop owner rise step by step in the political arena? As the iron-fisted Party secretary of Tibet, how did he win over veteran revolutionaries and manage to take over Zhongnanhai?  As the supreme leader of the Chinese Communist Party, the military and the government, what kind of policies has he implemented to cement his rule?  What kind of legacy will he have left after he retires in 2012?

The first comprehensive and authoritative account of Hu’s life in the Chinese-language world, the book has been reprinted 12 times. 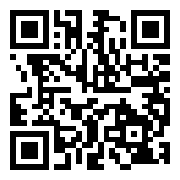